Firefighters from the Orland Fire Protection District were dispatched at around 1:09 pm today (Thursday Oct. 24, 2013) to the Orland Park Post Office at 144th Street after a mid-sized SUV drove through the Post Office's front window. The driver was checked and released without any injuries but an Post Office customer inside the building sustained injuries and was transported to the hospital for treatment.

Firefighters also inspected the damage to the building concluding there was no major structural damage to make the building unsafe. The Orland Fire Protection District worked with Postal employees to remove debris and salvage property.

The identity of the victim was not released. 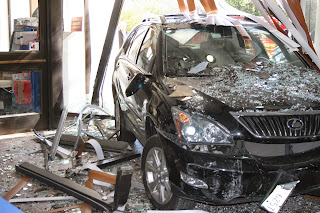 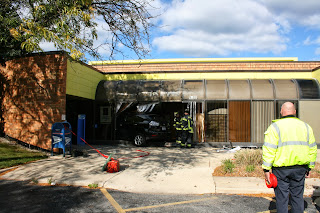 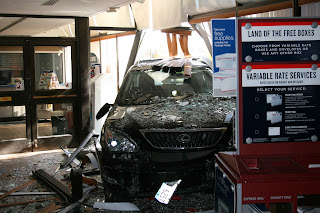 The driver was an elderly woman, and her name and age were not immediately available.

The injured woman was reported in good condition with minor injuries.

"We had paramedics on the scene immediately. Only one individual was taken to the hospital but I understand she is in good condition, with only minor injuries. We also had trained personnel on scene to assess the structure of the building itself to ensure it did not suffer structural damage. It did not so once it is cleaned up and the windows are boarded, it should be re-opened to the public," Chief Ken Brucki said.