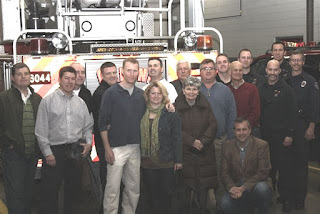 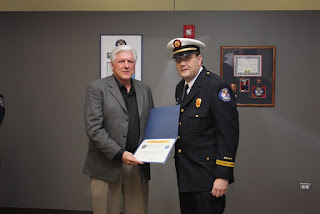 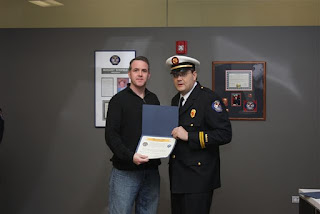 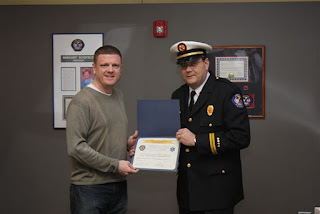 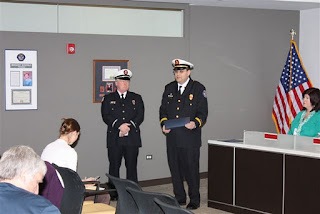 Nancy Mulvihill has been a firefighter nearly all her life.

The Fire & Life Safety Educator for the Orland Fire Protection District (OFPD), Mulvihill began as a part-time 911 operator in 1996 while also working as a part-time firefighter in south suburban Posen.

“I love being a firefighter,” says Mulvihill, who is a single Tinley Park resident who is hoping one day to be able to move into Orland Park.

Mulvihill was studying Criminal Justice to be a police officer in college when a fire in her dorm shook her up.


“I remember we had this fire in our dorm. Some students were firing bottle rockets under doors in some rooms and it started a fire. There was so much smoke. It made me think. It was an eye opener. I decided I wanted to help save lives,” Mulvihill says.

After leaving school and moving back in with her parents, she immediately applied as a volunteer for the Midlothian Fire Department.

“I remember bumping in to a friend who I knew who was a fireman and he said the department needed volunteers and he convinced me to apply there,” Mulvihill said.

Mulvihill said the testing process is a very difficult. She tested for more than 140 departments to qualify for a fulltime position and volunteered until a position finally opened for her.

“Once I got into the fire department in Midlothian, one of my first calls was to respond to an accident at a carnival,” she remembers.

“One of the rides had a problem and when I got there I discovered my brother had been on the ride. I took that as a sign I was doing the right thing. It just became a part of me. I can’t stop doing it.”

Mulvihill says the public doesn’t realize how much training firefighters must take.

“I never realized how much firefighters must do to be qualified to be firefighters, and that being a firefighter also meant not just fighting fires but saving lives in all sorts of circumstances,” says Mulvihill who moved to the Richton Park Fire Department as a part time firefighter in 2002 and was promoted to Lieutenant in 2010.

The former 911 Emergency Tele-Communicator says she has also trained in many areas including emergency medical dispatching. She also has training in CPR, and as a paramedic in order to provide medical direction over the phone in emergency situations, or give directions to the public to leave a property that might be on fire.

“We have to talk to people in crisis situations all the time and we need to make sure they not only understand what we are telling them but also that they are able to follow our directions to save their lives,” Mulvihill says.

Over the years, she has watched the role of fire fighters expand.

“Back 1997, we might have only one call where you had to actually give someone directions on how to do the Heimlich Maneuver to save someone’s life over the phone,” she notes. “Today, it is very common.”

That year, Mulvihill received a 911 call from a man who was reporting that his wife was choking and he didn’t know what to do.

“Unless you took a CPR class back in those days, not everyone just knew how to perform the Heimlich Maneuver correctly. Today it is more common and understood,” she says.

Mulvihill received a citation for walking the husband through the steps by telephone that eventually saved his wife’s life.

“I remember the husband wrote the fire department a letter to thank me. He said without our help, it might have ended in a different and terrible way for his wife,” Mulvihill recalls.

In addition to her work in Orland and in Richton Park, Mulvihill works as a part-time adjunct faculty college professor teaching psychology at National Louis University.

She says the biggest obstacle in her life has been the burden she faces from the student loans she had to take in order to continue her education.

“It is difficult and it makes me want to work even that much harder to be successful,” she says.

“Fighting fires and saving lives is something that we have to continue to strive to be better at. We still have fires. We have people who make mistakes. It can make a difference if the public is educated, too, about how to respond, so I spend a lot of my time working with the public. There are common sense steps the public can take to prevent accidents and fires, such as cleaning the dryer pipes regularly.”

As a part of her duties, she also teaches fire prevention programs at the 27 schools in Orland Park.

“If we start early to educate our children, we can be more effective in preventing fires,” she says. She speaks at kindergarten, pre-school and 1st Grade classes regularly. She also participates in career talks and career nights sponsored by local organizations and community groups.

“We don’t just reach out to the young people. We also work very closely with our senior community with many senior programs. And I am working to help try to expand our education programs to reach everyone in between,” she says.

Mulvihill has two dogs, a Golden Retriever and a German Shepherd, and when she is not working at her fire department positions in Orland and Richton Park, she is volunteering one night each week at PAWS. 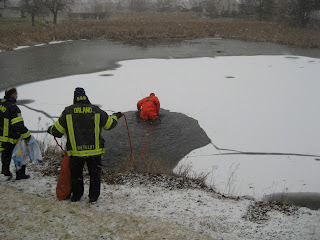 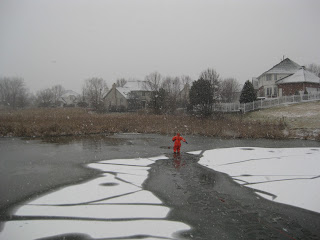 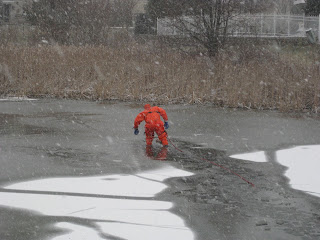 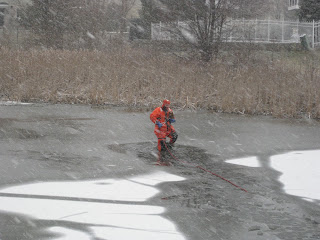 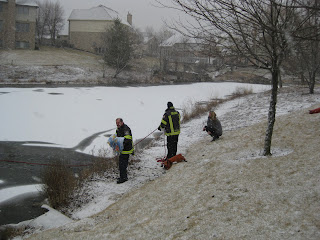 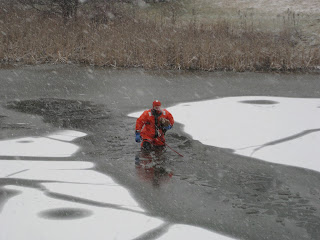 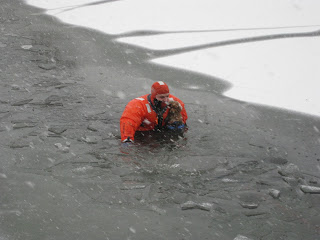 Orland Fire Protection District to explore consolidation opportunities
Orland District – Orland Fire Protection District Board President Jim Hickey said he will ask the board at the next meeting to consider opportunities to consolidate fire services with neighboring communities.
Hickey, who has been advocating consolidation as one method of reducing costs to taxpayers, said that he will ask fellow board members to examine the possibility of providing contracted fire services to Palos Fire District residents.
Palos Fire District officials announced plans to close one fire house and eliminate first responder staff because of budget constraints.
Hickey said that the Orland Fire Protection District should explore opportunities where they could consolidate and thereby expand and improve fire safety services for both districts.
“It’s just an idea. But I think we need to talk about it and see if there is an opportunity for the Orland Fire Protection District to takeover fire services for the Palos Fire District,” Hickey said.
“There are a lot of issues involved including if there should be a merger of the districts, or should it be contracted out, and we’d have to carefully examine the union contracts to see if this is even permitted. But, regardless, it’s thinking out of the box. In today’s economy, we must look at everything. We owe it to the taxpayers.”
Hickey said he will ask the Orland Fire Protection District board at its next meeting Tuesday, January 24, to convene a special Task Force to examine all of the issues.
“Consolidation is something government has to consider across the board, not just in the Orland Fire Protection District,” Hickey said.
“The governor of Illinois is doing it. Officials across the country are doing it. We should be vigilant for opportunities to reduce the tax burden on our taxpayers especially in today’s economy.”
Hickey said he plans to make a motion to create the Task Force at the board meeting.
“This is an idea that we should all be talking about, openly, above board and in public,” Hickey said.
“I definitely an open to any suggestions from the public. They made it loud and clear in the last election that they want this board to address the issue of spending and that is what we have entrusted to do and will continue to do. We have to do it the right way and within the parameters of the existing union and employee wage agreements and contracts.”
Hickey said that Palos Fire District is currently responsible for Sandburg High school.
“Orland has an important stake in what happens with the Palos Fire District,” Hickey said.
END
Posted by Ray Hanania at 6:18 PM