The Orland Fire Protection District is hosting a special “Media Day” at the district’s Training Center, 10728 west 163rd Place to chronicle the Academy training and processing of our new Firefighter hires. The event will be held on Friday September 28, 2012 from 9:30 to 11:30 AM.

The OFPD has a replica garage, replica four-story building, replica frame home and replica auto accident scene where firefighters and recruits train to maintain their level of professional services.

Fire Chief Ken Brucki explained that although the scenarios are controlled replicas of potential emergencies, they pose a serious threat to firefighters. The fire in the four-story brick building, for example, reaches temperatures of 1,100 degrees inside the building during exercises.

Firefighters trained in putting out garage fires, fires in an office tower, fires in a home and extricating victims from vehicle accident scenes. 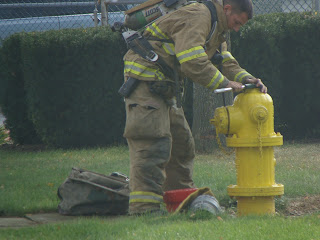 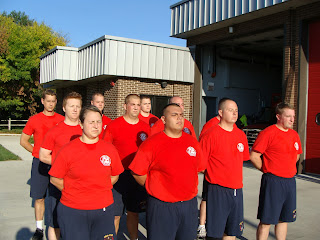 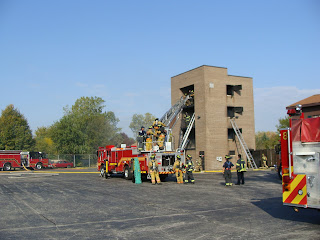 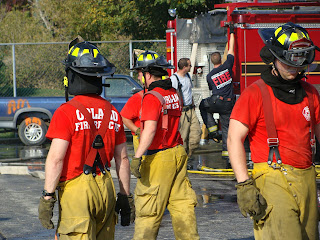 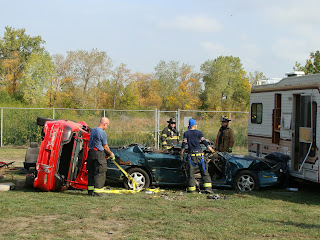 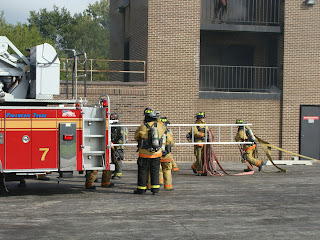 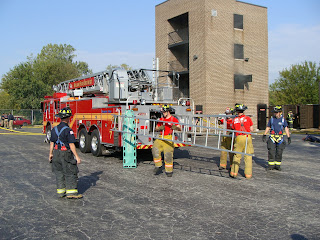 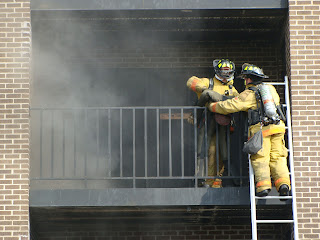 The Orland Fire Protection District is hosting a special “Media Day” at the district’s Training Center, 10728 west 163rd Place to chronicle the Academy training and processing of our new Firefighter hires. The event will be held on Friday September 28, 2012 from 9:30 to 11:30 AM

(OFPD) – Nearly one-third of American residents are unprepared to escape a fire if one were to occur in their homes, a recent study commissioned by the nonprofit National Fire Protection Association (NFPA) concludes.

Most Americans, according to the study, believe that 6 minutes is more than enough time for them to gather their family and flee a fire if it were to occur in their homes.

But that time period is higher than what officials believe is the safe time zone and would put many families in jeopardy in a life threatening fire.

Two help raise awareness, the Orland Fire Protection District has teamed up with NFPA to showcase the problem during Fire Prevention Week, October 7-13, 2012. The OFPD and NFPA urge residents to “Have Two Ways Out!” which is the theme of this year’s Fire Prevention Week.

“Fire is unpredictable and moves much faster than most people realize.  Having a tried and true escape plan with two ways is essential to ensuring your family’s safety should fire break out in your home. Six minutes is not enough time to escape life threatening circumstances and I am hoping the emphasis on that this year during Fire Prevention Week will encourage more families to recognize the significance of fire escape planning and practice.”

The Orland Fire Protection District will be hosting an Open House on October 6, 2012, to kick off Fire Prevention Week to promote “Have Two Ways Out!”

Through these educational, family-oriented activities, residents can learn more about the importance of fire escape planning and practices, as well as the power of prevention, visit our website for more details.

To find out more about Fire Prevention Week programs and the Orland Fire Protection District, contact Nancy Mulvihill at 708-873-2742. To learn more about “Have Two Ways Out!” visit NFPA’s Web site at www.firepreventionweek.org.

Also, there will be a coloring contest ceremony announcing winner at 12:30. Students from local schools have submitted Coloring Contest pictures and the winners will be picked from the entries. The top 3 in each grade will get a trophy.
And, the OFPD will host a blood drive from 8 until 2 pm.

The Orland Fire Protection District held a commemoration service Tuesday to honor the victims of the Sept. 11, 2001 terrorist attacks that took the lives of nearly 3,000 Americans.

“We assemble here today joining Americans across the country to commemorate the 11th Anniversary of the terrorist attacks. We will never forget the losses suffered on Sept. 11, 2001 at the World Trade Center, the Pentagon and in Shanksville, Pennsylvania,” Dunne told a gathering of firefighters and community residents.

“This ceremony is a salute to all the fallen firefighters, law enforcement, military personnel and civilians alike. We give thanks to the extraordinary response of the entire American Fire Service to the tragic events that have changed all of our lives.”

During the ceremony, the American Flag was lowered to half mast. Local 2754 provided the Honor Guard to ring the ceremonial bell, a total of three rings done three times to symbolize the devotion that firefighters share, and to remember those who have sacrificed their lines in the line of duty. 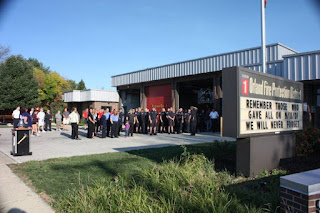 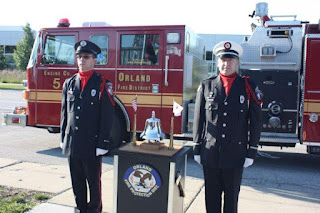 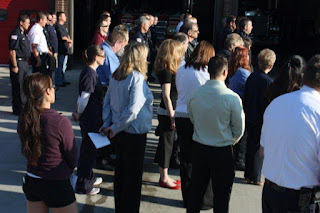 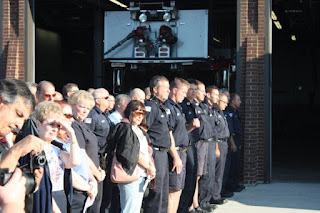 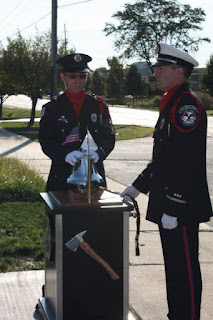 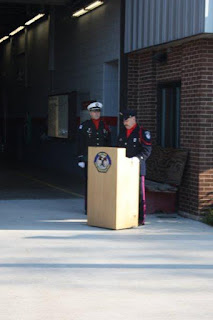