The training was held Tuesday at the OFPD Training Facility at 10728 W. 163rd Place in Orland Park, and was supervised by Battalion Chief Raymond Kay.

Kay set recreating the scenarios would help the emergency personnel gain invaluable experience in dealing with the environmental circumstances of where incidents occur, such as in a vehicle, cramped space, collapsed environment and even four stories above the street on the side of a building.

"Each scenario represents an actual incident that has happened and that the emergency personnel might experience," Kay explained.

"We want to bring the emergency personnel into the situation that Orland firefighters and paramedics encounter frequently."

Battalion Chief Michael Schofield who assisted in supervising the training workshop noted that the emergency hospital personnel are used to working in a controlled environment in the emergency room where patients are brought, but appreciate the opportunity to work in uncontrollable and unpredictable settings outside of the hospital.

During the training sessions, mannequins were used and the doctors inserted tubes, provided resuscitation while inside the simulation training environments that the Orland Fire Protection District maintains at their training center, including a simulated underground sewer pipe system, collapsed building, four story building, burning vehicles and a replica of a typical home front room. 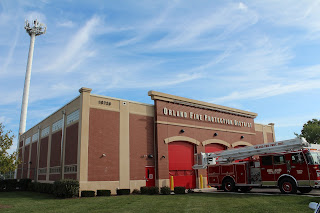 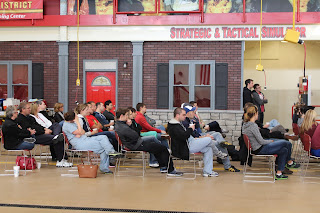 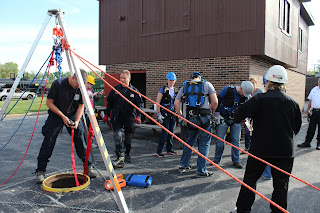 One group worked at the OFPD underground sewer pipe simulation 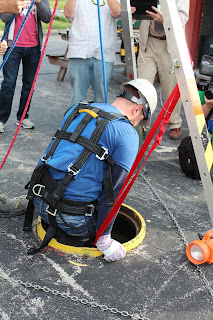 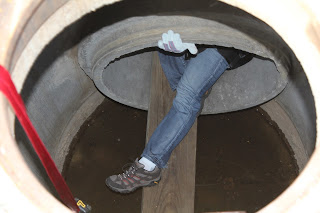 Inside the underground pipe training system 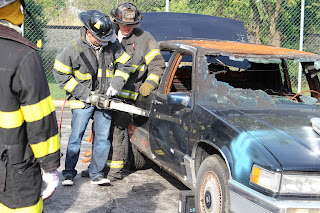 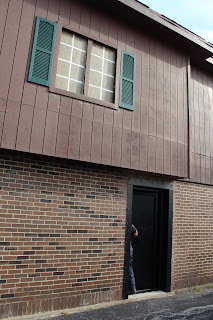 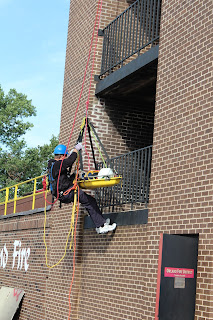 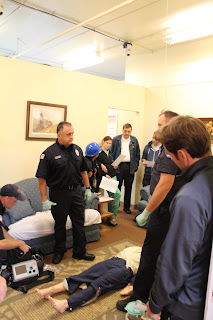 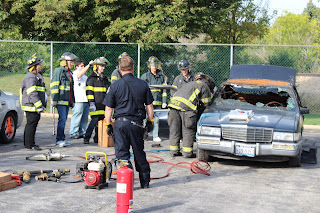