The Orland Fire Protection District joined local officials including Cook County Commissioner Liz Gorman in commemorating the 4th anniversary of the passing of Lt. Raymond C. Marquardt with the dedication of a “Firefighter Remembrance Memorial” on Saturday Sept. 14.

The memorial was designed by Eagle Scout Candidate Kyle LaHucik and placed under the American Flag at the northeast corner of the OFPD Headquarters, 9790 W. 151st Street.

“On behalf of the Orland Fire Protection District I would like to welcome you to this memorial. Tradition cuts to the core value of the Fire District. Tradition is not just a word but a way of life,” Brucki said, noting that LaHucik’s project coincided with the remembrance of Marquardt’s passing four years earlier on Sept. 14, 2009.

“Kyle had a desire to honor firefighters who have fallen in the line of duty. It is a fitting tribute to dedicate it this morning.”

Commissioner Gorman praised LaHucik who is pursuing his goal of becoming an Eagle Scout and dedicating his efforts to the memory of fallen firefighters.

“This is a wonderful project. We need a place to come to remember, reflect and be solemn and this is a perfect place,” Gorman said.

Commander Edward Dunne, who served as the event emcee, introduced LaHucik and also directed the Honor Guard which raised the American Flag and placed a wreath at the memorial plaque.

“This memorial is to honor the late Lt. Raymond Marquardt and every firefighter who has served,” LaHucik said.

“This memorial is dedicated to the devotion of the men and women who have dedication, commitment, honor and bravery in their every actions. … On and off the line of duty, these men and women standing around us today, dedicated themselves to their duty to stop fires and save people from fires,” LaHucik said.

“Each brick (around the memorial) represents the steps the firefighters take to ensure everyone is safe. … Savings lives is not a job. Preventing and extinguishing fires is not a task. Protecting our community is not a burden for our firefighters. Their pride allows them to continue.”

Pastor Walter Legodar of Christ Lutheran Church offered an invocation in honor of the attendees and the Marquardt family, who attend his church.

Battalion Chief William Bonner Jr., offered remembrances of the late Lt. Marquardt and his service to the fire district and the community.

“He made our lives better. He installed in his sons and grandsons dedication to community service,” Bonner said.

Dunne offered closing words, noting, “The men and women of today’s fire service are confronted by a more dangerous work environment than ever before. We are forced to continually change our strategies and tactics to accomplish our tasks,” Dunne said.

“Methods may change but our goals remain the same to save lives and protect property, sometimes at a terrible cost.”

The commemoration ended with the sounding of the Fire Bell, three rings, three times each to symbolize the passing of a firefighter. 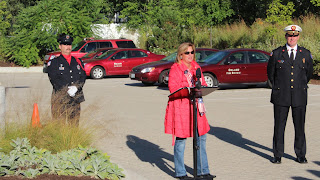 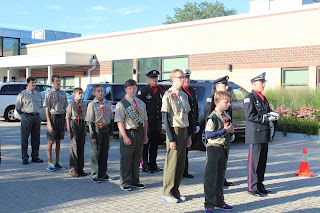 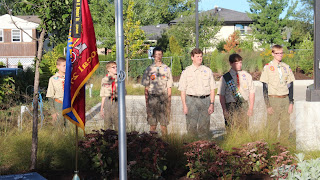 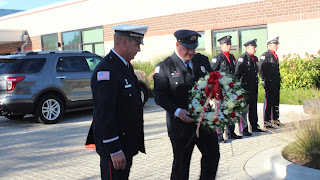 Placing of the wreath 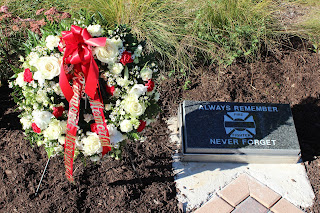 A wreath is placed next to the new Firefighter Remembrance Memorial 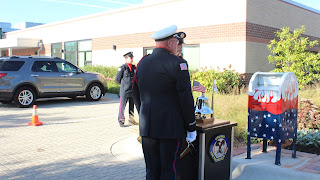 Ringing of the bell 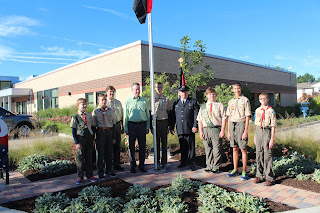 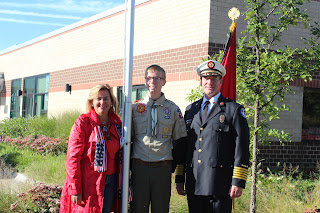 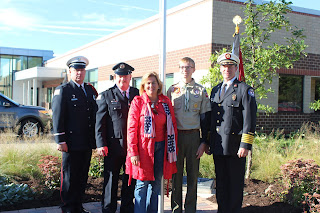