Four were injured Thursday July 11 as a result of a roll-over vehicle crash.

Four were injured Thursday July 11 as a result of a roll-over vehicle crash.

Orland Fire responded to a vehicle crash with injuries in the area of 8900 135th St. at about 3:15pm. While responding, Orland Fire Dispatch notified responders a vehicle had rolled over with reports of entrapment. A pin-in response was initiated as well as Palos Fire for a response. Initial units reported the crash involved a single vehicle which had rolled and occupants were out of the vehicle being attended to by bystanders.

Four patients were injured and required transport to hospitals. Orland Fire and Palos Fire each had two ambulances on the scene. The four ambulances transported a female adult and 3 children to Christ Hospital.

At this time there is no information on the condition of the and Orland Park Police are investigating the cause of the crash. 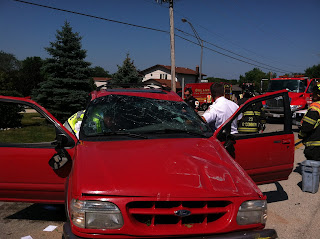 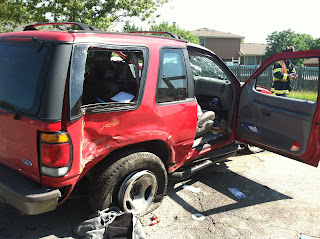 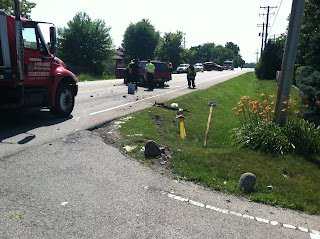