One civilian was hospitalized following injuries during a fire at a Town Home in Orland Park on Saturday morning, officials of the Orland Fire Protection District said.

The fire was reported at an 8-unit, 2-story Town Home at 6:30 AM at 15829 Orland Brook Drive. The unnamed resident was taken to Silver Cross Hospital in New Lenox for treatment of 2nd Degree Burns, paramedics and emergency officials reported. The individual's status is not available but he was expected to be moved by hospital personnel to the Loyola Burn Unit for additional treatment.

One Orland Fire fighter was treated for exhaustion and smoke inhalation at the scene of the fire, but was later released and is back on the job, Interim Orland Fire Protection District Fire Chief Michael Schofield said Saturday.

Witnesses reported the fire at 6:30 AM on Saturday after seeing smoke billowing from the roof of the town home complex. First arriving companies found heavy fire from several 2nd floor units of the 2-story 8-unit Town Home building. A Box alarm was called for additional manpower and equipment. Multiple lines were deployed to control the fire and initial search of the all units were completed. The fire made its way from the upstairs unit to the building attic area.

The cause of the fire is currently under investigation. The building suffered extensive damage. No other injuries were reported. 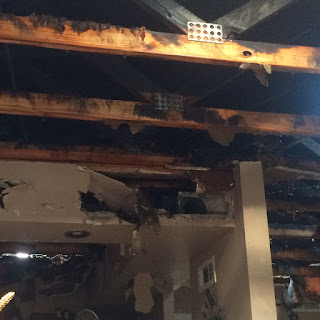 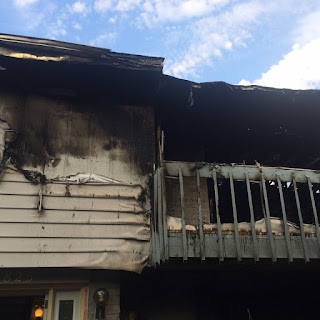 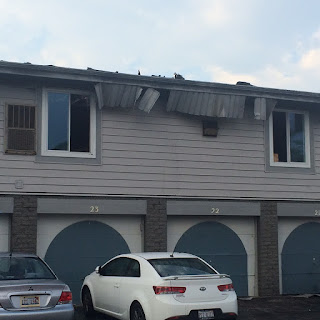 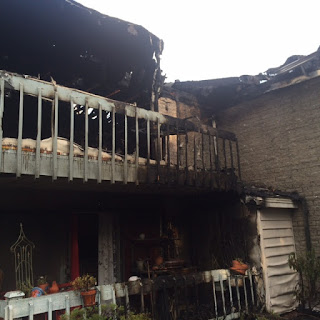 (Photos attached from the structure fire, courtesy of the Orland Fire Protection District.)