The Orland Fire Protection District  responded to a reported structure fire in the 11300 block of Poplar Creek Lane at about 5:15 Friday (August 12) afternoon.  Initial companies found heavy smoke conditions from the rear of the roof.  The fire was found on the external part of the wooden shingle roof.  The fire was extinguished quickly as a result of our rapid response to the incident.  The potential existed to burn the entire wooden shingle roof.
Crews checked for fire extension inside of the home and in the attic space.  The fire never penetrated the plywood decking of the roof structure, keeping the fire out of the living areas of the home.
There were no injuries during the incident.  Crews responded quickly and had the fire under control in a matter of a few minutes.  Embers from an open fire in the back yard is likely the cause of the fire.
Crews checked for potential hidden fire in the attic by creating a small inspection hole in the ceiling of the second floor bathroom.  Care was taken to protect the personal belongings of the homeowner as fire extension was being evaluated. 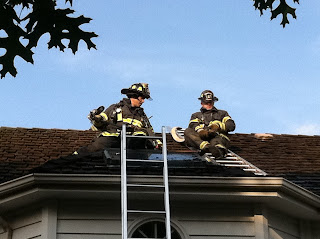 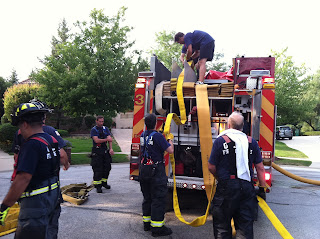 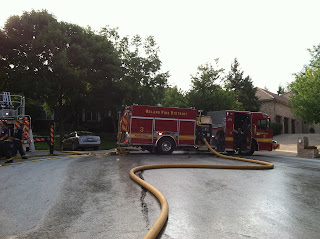 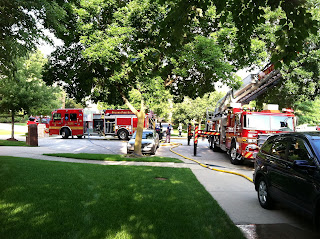 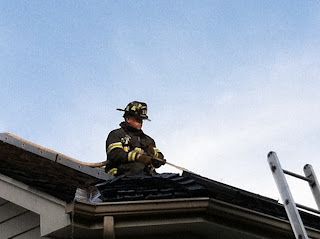 (Photos courtesy of the OFPD and may be reproduced with attribution by news media.)
Posted by Ray Hanania at 1:06 AM