Prior to arrival dispatch upgraded the alarm to a working fire response due to multiple 911 calls bringing in an additional Orland Engine Ambulance and 2 Chiefs. A fire attack was started along with an aggressive search for occupants as neighbors reported they may be home but could not be accounted for. The search revealed there was no one home at the time of fire and the family dog was located and removed to fresh air in good condition.

Strategic location of fire stations along with adequate staffing provided personnel on the scene to control the fire within 20 minutes and confined the damage the fire caused to the 1st floor kitchen area. The Orland Park Police were successful at locating the homeowners who arrived back home about two hours later. There were an additional 3 medical incidents (tow of which were in the first few minutes of the fire) handled by Orland personnel during this fire incident.

Due to multiple concurrent incidents , the fire was escalated to the full still level to bring in neighboring fire departments to cover the Orland Fire stations. There were no injuries and the family dog was taken by family member to the emergency veterinarian in Mokena for evaluation.

The cause of the fire remains under investigation.

On Tuesday August 7, 2012 the Orland Fire Protection District responded to 7400 159th Street at 3:10pm for a small mercury spill in the Goodwill Industries loading dock area.  As a routine practice, Goodwill sorts the donations that they receive looking for potentially hazardous chemicals.  During this sorting procedure a small amount of mercury was identified by a worker that spilled outside of the container but inside of a carrying tub.

The mercury was collected and properly sealed in plastic bags for disposal.  There were no injuries at this incident or exposures to mercury.  Goodwill will have a waste disposal company take the mercury as part of a regular hazardous waste removal procedure.

Orland firefighters responded to a house fire in the 8100 block of Ann Drive.

Engine 2 and Ambulance 2 arrived within minutes of the call and reported heavy fire coming out of the garage which was attached to the house. Engine 2 made a quick attack with their hose line stopping the fire from reaching the inside of the house. Engine 5 which was 2 minutes behind them went inside the house with a hose line and stopped the fire from advancing to the rest of the home.

Additional units from Orland fire quickly followed along with a Tinley Engine and helped extinguished the fire. The quick response from Orland Fire units saved the family’s home but more importantly saved irreplaceable items that the family has accumulated over a life time.

Members of the Orland Fire District assisted the residents with finding housing for the night, retrieving valuables and assisting with Insurance Company notification. 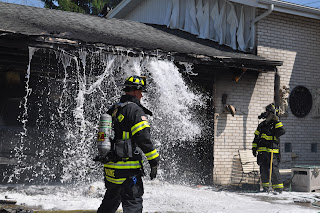 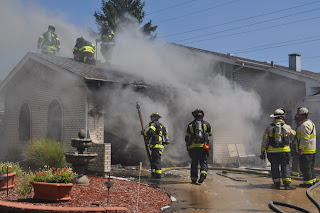 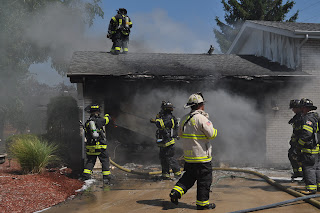 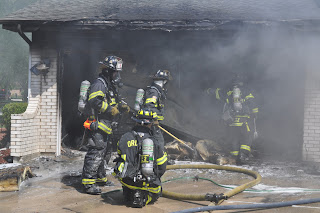 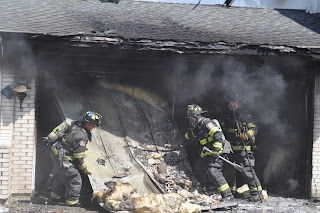 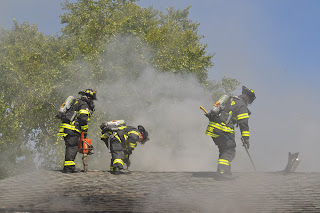