IFIA President Mike Toika cited Dine’s achievements in educating the public to fire safety through a variety of programs.

The award is the second that the District has received this year recognizing its public education programming.

The IFSA cited the OFPD’s annual Kid’s Fire & Life Safety Camp, which is dedicated to exposing school-aged children to safety lessons dealing with potential hazards that may exist around or in their homes and schools, while also making the educational experience fun, entertaining and educational.

The IFSA award was presented to the OFPD officials and to Dine at ceremonies held on October 8, 2015 at Bobak’s Signature Events in Woodridge. 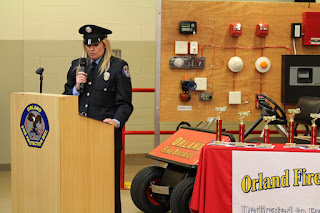 A certified teacher, Dine was hired by the Orland Fire District in 2013 and has supervised and organized public outreach programs including expanding the annual Open House and the annual Kid’s Fire & Life Safety Camp.

As public education coordinator, Dine travels to area schools to speak with parents, teachers and children about safety and emergency response education as well as promoting the district’s programs. 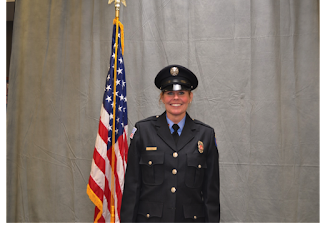